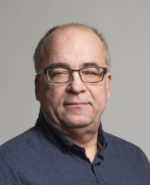 RCABC is proud to announce that Howard Schlamb, Chilliwack Roofing Ltd., is the winner of the 2021 CRCA Frank Ladner Award.

Click HERE for the CRCA Awards Ceremony, the Frank Ladner Award starts at 6:31 of video.

We Want To Hear From You!

Your feedback will help us improve the programs and services offered by RCABC.